An awesome place : Tenerife? Masca is a picturesque village, settled inland in a location where residents of Tenerife used to hide when they were being attacked by pirates. If you have a hire car you can get there on your own, but you should try to get there as early in the morning as possible, otherwise it gets really crowded. The views are spectacular and there is a restaurant overlooking the valley, where you have to go even if only for a cup of coffee (the view in included in price, but it’s worth it). No trip to Tenerife would be complete without a boat trip where you can see dolphins and whales in their natural habitat. The waters between Tenerife and La Gomera are ideal for spotting these majestic mammals and this 3 hours cruise also includes unlimited drinks, champagne, snacks and hotel pick-up. Read additional information on Tenerife Forum Community.

A whale watching tour off the coast of South West Tenerife is one of the best ways to watch whales and dolphins in their natural environment. Bottlenose dolphins, Sperm whales, Pilot whales and Risso dolphins are all resident in the waters around the Canary Island with other species such as the Killer Whale, Minke Whale and the Striped Dolphin occasionally migrating into the waters. You may also see turtles, sharks, osprey and kestrels. Museums in Tenerife can often be overlooked, but The Museum of Science and the Cosmos (MCC) in La Laguna is one of the most important in Spain and worth a visit. The museum delves into the world of science and astronomy combining traditional museum exhibitions with interactive displays, demonstrations, astronomy evenings, a planetarium and fun activities for all ages.

Some of the top sights in La Laguna are The Cathedral of La Laguna, Plaza del Adelantado (the wooden balcony you’ll see protruding from the convent’s roof has a sad story attached to it about a nun who was forced to watch her illicit lover’s execution), Palacio de Nava and the market in Plaza del Cristo. Book a walking tour to learn about the main sights. One of the best things to do for families in Tenerife is undoubtedly a day at Siam Park, which is located in the popular tourist resort of Costa Adeje. The park has a Thai theme and a truly terrifying ride called ‘Tower of Power’ that jettisons riders through shark-infested waters in a protective plastic bubble. I braved it when I was 19 but I wouldn’t dare do it today!

The Tenerife Auditorium is an iconic modern art sculpture, created in an avant-guard architectural style. The venue frequently hosts talks, exhibitions and music events that connect different people. Many people have come up with different interpretations regarding the shape of the auditorium: some even think that it resembles an old Spanish helmet. The first level of the auditorium has a large open space with a terrace restaurant, ticket offices and restrooms. A pleasant view awaits you from the terrace, and the whole area provides excellent photo opportunities, as well as a chic place to rest and enjoy the views. 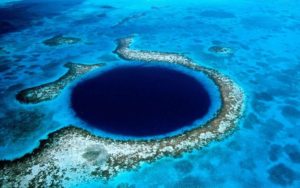